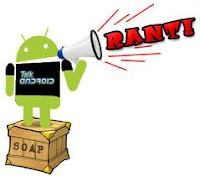 When the New York Rangers won the Stanley Cup for the first time in over 50 years in 1994, some friends and I thought it would be fun to attend the celebration parade in lower Manhattan.

Turns out, I never saw the parade, just the sea of people surrounding me and as we started the slow trek back uptown the crowd separated me from my friends.  I stopped in the midst of hundreds of moving people to look around. You can say I stopped going with the flow.

The rushing crowd pushed me against a brick building where I couldn't move in any direction.  The tight pack of excited Ranger fans seem unbreakable.  I was pressed harder and harder into the wall and images of people trampled at rock concerts flashed before me.

There's great strength in many moving as one.

With all I had, I managed to inch my way into the crowd and once we hit the corner, people splintered off and I was free of the masses.  Finally, in an open space I took a second and looked around wondering what that was all about. It felt like I'd been in a fight I didn't see coming.

That's a wordy way of describing how I felt after reading comments left for Peggy Orenstein on her LA Times op-ed piece regarding high school students wearing boobie bracelets.  It was also how I felt when blogger, Uneasy Pink was crucified sharing her opinions about this issue both on Huffington Post and the Facebook page of the organization I'd rather not name.

I'm left with a sense of disbelief.  It's not that people can't have differing opinions.  I don't care about that.  It's fine, all points of view are welcome, but what I don't get and what ties my stomach in knots are the personal insults people are making in lieu of anything worthwhile.

It starts with the typical "lighten up," and "you're taking it too seriously."  My irritation increases as I read accusations of "angry" and "bitter."  And worsens when I see breast cancer survivors called a "prude" or even better, this clever one, "a boob."  I can only imagine how proud the guy who thought that up must be.

Well, perhaps we are those things and yes, we may be taking it too seriously. You know why?  Breast cancer kills.  It's incurable and it's not pretty, or sexy or fun or littered with laughs as it destroys our bodies and steals our lives.

Why is taking a stance against dumbing down breast cancer such a negative and why does it generate such cruelty by people opposing that view?  It's surprising to find us in the minority here.  Speaking out has us going against the flow, only to get trampled.

Are we easy targets?  We, cancer girls?

No one is saying our opinion is the only one, the right one or everyone must agree with us because we have cancer.  The goal should be a meaningful dialogue, but I can't stop thinking the mean girls (and boys) are waiting for us in the school yard when the bell rings and no matter how we try to spin it, explain it, discuss and defend our perspective to this crowd, the hits just keep coming.

Hit us with informed criticism.  Something, anything based in reality or recognized by research, but please, please stop bullying us for our convictions.  Yes, cancer is personal and emotional, which is why we feel the way we do, but we're not blasting anyone in a derogatory manner, calling out stinging, hurtful names.

We're trying to explain our position.  For us it's serious business.  The business of eradicating breast cancer, with a little respect for those that deal with it everyday and in memory of those we lost to it.  When that's accomplished, I'm pretty sure we'll all be able to lighten up.

In the meantime, it's hard enough living with it.  We shouldn't have to be insulted for it, too.