It's closing in on October, or I should say, Pinktober, and I have the makings of a blog post sitting next to me, but it's not ready.  I'm still wading through the conflicting emotions I have toward the whole pink thing, so instead of pushing through, I'm pushing it aside for the moment and focusing on a question asked by the lovely Marie at Journeying Beyond Breast Cancer.

It's an intriguing question.  One, I haven't been able to let go since reading it several weeks ago.

If I could relive any day in my life, which would I choose?

Thinking about this brought on it's own questions.

Could I choose to relive it using the knowledge and perspective gained with time?  Is that cheating or simply the answer to a very different question?

Assuming I couldn't change anything, which day would I choose?  Would it be about cancer? Some sort of milestone day?  My wedding?  My children's adoption days?  Maybe a day with my mom, when we were both young and breast cancer had yet to invade our lives?

Nothing I reminisced about seemed right -- special enough.  Or even ordinary enough...For this gift.  Because that's what it is.  The gift of reliving one day.  A precious gift given once, to be used once and then gone. 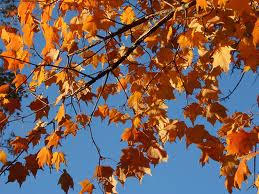 As I pondered, the weather changed.  Fall moved in and brought to mind one very ordinary day, during one ordinary September.

I was married, living nicely with my husband and big dog in a small house.  I had given up my job in the city about four years prior, right after my mother died, and was going to graduate school to study education.  For a job with more sunlight and laughter as opposed to dark edit rooms and stressed out clients.

On this particular day, I was working in a private school, heading their after-school program and subbing in the Kindergarten.  I had just been asked to teach the Kindergarten for the entire year since the teacher was taking an unexpected, extended maternity leave.

It was an amazing opportunity.  One, that validated my decision to leave video post-production after so many years.  It would all work out...except I knew I wouldn't be able to accept it.  There was something I had to do.  I just didn't know when.

The weather that evening was beautiful.  Perfect autumn in New York.  The leaves were changing color.  Jackets weren't yet required.

After dinner my husband took our dog outside to keep him company while he mowed the lawn in the late day sunlight.

I was sitting in our living room when the phone rang and in that instant, I wondered if it might be the call we were waiting months to receive.  It was something about the time.  It was still dinner time and unusual for most people to call.

When I said hello and heard the start of an unfamiliar voice -- I held my breath and hoped.

"There's a baby," the man from our adoption agency said.  Born, only four months ago.

"Yes, yes, yes."  Was my answer to all his questions.  An email with a photo and some sparse information was on its way.  I could hear my husband still mowing outside.  I was about to make his day.

I remember it like it was yesterday.  In a way, I am reliving it.  The sun was getting low, as I went out to the yard.

Waiting for our old computer to boot up was excruciating, but the email was already there.  Before we could read a word, we were drawn in by a little face.  Our son.

The idea of our baby had become reality. Now, right in front of us.  A face to match our visions.

This day, this moment was the start of our new adventure.  The beginning of our family.

I wouldn't be able to keep the teaching job much longer.  I had to go to Russia.  Our baby was waiting.

Two and a half years later, we'd get another call, about another baby and it was equally special. Beyond exciting, but nothing compares to those first moments, when our dream of growing our family was finally so real.

It was a happy day.  The promise of a future had never seemed so clear.  In the years since, cancer would cloud our future, but on that day it was brightly laid out for us to see.  It was that day, when all was right in our world and our world was on the verge of great change, that I would relive in a heartbeat.


If given the gift of reliving one day, which would you choose?