Me and My Blog

I wrote the following post yesterday morning, in the last blissful, ignorant moments before my husband and I had to rush our beautiful dog, Goliath, to the vet for the last time.  I am too sad, too swallowed up by the emptiness of the house around me to write about Goliath now and all he meant to my husband, my boys and me.


His rough start in life and his fierce determination to overcome adversity was the inspiration for my blog's name. I'm publishing yesterday's post exactly as I wrote it and dedicating it to Goliath, for if it weren't for him, the blog wouldn't be what it is and I wouldn't be better for having both.

I don't commemorate cancerversaries.  Suspicious Ultrasound Day, Biopsy Day, Diagnosis Day, Mastectomy Day and all other days are uncomfortable to remember and may possibly always be.  It's certainly easier to look back with some perspective, more than two years later, but I'm not sure anything is gained by marking those days as an anniversary.  To me, it's more the whole journey that matters and how far I've come overall. 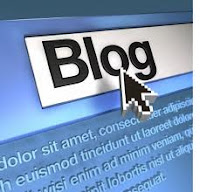 However, there is one milestone I'd like to mention.  Bringing Up Goliath turned one last week.  As my five year old likes to say, "That's cool, right?"

When I started this blog, I never considered how long I'd keep it up.  I went in thinking "one day at a time," because honestly, sharing intimate details with the cyber world seemed a bit crazy, not to mention a dangerous misuse of privacy, but looking back now, it was never the world I was reaching for, but one person that might relate to my experiences.  Maybe I'd find someone else going through the same crap and we could support each other.

At the time, about 16 months after diagnosis, my brain was still so cluttered with all things cancer, I'd lost the ability to go about my days.  How to be truly present in my life, my children's lives or my relationship with my husband.

It was one thing to have a calendar full of appointments, a million never-ending questions, pain from expanders, then implants, but it was quite another to talk about it all the time.

Who wants to listen to it?

Even those closest to me needed a respite once in a while.  Which, I totally understood, but that didn't change the fact I was on overload, my emotions consistently raw.

I realized I needed an outlet.  A way out of my own head, some breathing room from those oppressive walls of cancer.

I remember feeling totally alone, envisioning the void beyond my laptop, the first time my blog went live.  I was writing extremely personal stuff, things I might never mention to friends face to face, yet there it was, heading out to...where?

I was hoping someone might find it, but knowing no one was reading, made it easier to keep going.  Writing about the day cancer changed my life or how exposed I felt at the hands (literally) of my surgeons or the difficulties keeping my children a priority, was very liberating.

As I started discovering and commenting on other blogs, readers started to comment on mine and each comment that said I was understood, justified and among friends, lifted my load bit by bit until some where along the way, I got my brain back.  It was no longer jam-packed with thoughts of cancer, but slowly, the real things that make up my life filtered back in.

Would that have happened simply with the passage of time?  I don't think so.  Sharing freed me from cancer's hold.  Discovering and connecting with an amazingly supportive and caring online community did that and more in ways I never thought possible.

I learned so much about breast cancer.  How very different we all are, despite sharing similar experiences.

I had my eyes opened to the shameful inequity in fundraising.

I've come to know very little progress has been made in finding a cure for Metastatic Breast Cancer and early detection is by no means, a cure.

I learned I'm far from alone.  I learned I could care about people I've never met and with that, I gained something I never imagined -- the return of a childlike wonder for the world around me, so foreign to my own New York City suburbs.  Beyond my house are places I now want to explore because someone in our cyber community has brought it to life.

I want to watch a marching band walk the football field at a Midwestern college. 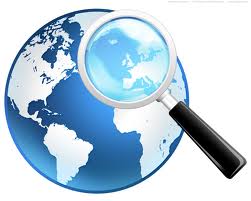 I want to share the excitement at a Cornhuskers game in Nebraska.

I want to look for antiques in the Ozarks.

I want to ride a bike in the hot Texas sun.

I want to walk a couple of dogs along the Jersey shore.

I want to visit a town in Ireland, or England or take in the steamy sights of far off Myanmar.

I'm grateful for the blogging friends that have stopped along the way, read my words, shared their own and broadened my small world.  Who would have thought writing about cancer could do that?

Happy Blogaversary to me!  Sharing personal crap on the Internet turned out better than I ever hoped.