A Tale of Tattoos

My intention for this post was to solely be a reflection on the events of last Tuesday.  Tattoo Tuesday.  But, that was before reading Being Sarah's post, The N Word.  Sarah has inspired me to screw self imposed word limits and offer more description with regard to the actual procedure, not something I'm all that comfortable with, but here goes.

For all the ladies contemplating tattoos as part of your reconstruction...This one's for you.

I went into T-day with unanswered questions, anxiety and zero expectations about the procedure I was about to undergo.  The only thing I carried with me was the desire to do it.  I had been living "unfinished" for quite a while. The whole two & half years since mastectomy, I suppose.  I finally felt ready to move forward.  I wanted this to improve what I had, but I was unsure how tattooing nipples and areola could restore what was taken away. Wouldn't it just be more of the same?  Fake?  Reconstructed, not real.

I went alone to my 1:30 appointment, as if there's some honor in carrying the load myself or maybe, by going alone I could believe it was just a "simple procedure."  That it was nothing, not a big deal, but I was only fooling myself, because, of course, anything having to do with reconstruction, both physically and emotionally, is a huge deal.

Stepping off the elevator, down the hall from the operating room where I had my mastectomy, two reconstructive surgeries, and nipple reconstruction, I realize I have history here, in this building.  Whether I like it or not.

When I check in with the receptionist she hands me a Consent for Surgery form.  I'm surprised it's needed for tattoos. I look at her and ask, "Is that what they're calling it here?  Surgery?  That's not what they say in the back alleys."  The receptionist said I was funny.

I sat down and tweeted my solo status and almost immediately, Sherpas Nancy's Point and Jodyms virtually sat with me and I feel less alone. 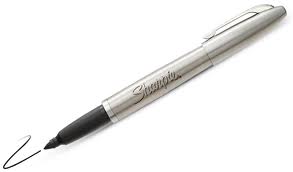 A nurse I know takes me into the exam room, where the big chair looms in the middle, under the bright light.  She describes the procedure.  I sign more forms.  My surgeon walks in. He inspects his previous work since he hasn't seen his nipple creations in over six months.  He then takes a beloved Sharpie and measures for position and size and sends me to the mirror to check it out.

I've paused here in writing, because how do I describe what I saw?  Two large dotted circles surround little handmade nipples which bear little resemblance to the real thing. How is this going to possibly work?  I really don't know.

I say the position is fine, the size, too big...porn star big.  Well, that's what I think, but I say it with my opinion omitted.  We agree he'll stay well inside the circle.

He shows me the ink colors he'll use.  A trio of pale, peachy browns and it's all very surreal.  Should he numb it all before he starts?  I don't know.  I still don't have much feeling there.  He pokes around a bit and to my surprise, it hurt.  Just goes to show you how long it's been since my mastectomy.  Time enough for nerve endings to regenerate.  I think how happy my breast surgeon will be to hear that news.  He usually asks if any feeling has returned.  Now, I can tell him, a big yes to tattoo needles!  Not much else though.

I'm numbed up then, but even so, the procedure is uncomfortable. A lot of pushing, pinching.  The tool used is loud. My surgeon and his nurse stand on either side of me trying their best to be normal.  Like we're all just hanging out in the afternoon looking at artwork.  As if the act of tattooing areola is something ordinary, when it's really the opposite...extraordinary.

When it's over, I glance down to see two large, reddish circles staring back me.  I'm reminded of my youngest son's newest obsession.  Drawing funny faces filled with big circle eyes and noses, all put together in a collection he calls, The Book of Funny.

Sigh...I have become a living, breathing canvas for The Book of Funny.  Maybe in the big scheme of things, among all the steps along my breast cancer road, tattooing is kind of funny.  Maybe a book showcasing all that's funny, is exactly where I belong. 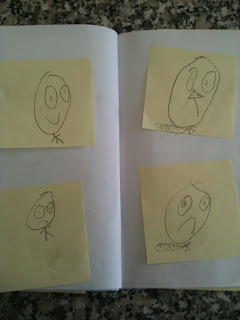 Somewhere in my brain I hear the nurse say the redness will fade in time to reveal the true pigment and now I'm finished.  I ask my surgeon if this is the end for the two of us, after more than two years.

Thanks.  It's been up to me right from the very first day, with the detection of "something" on a routine ultrasound and now I'm here to finish it, but in the end he tells me to come back early next year offering one last lingering thread to grasp before snipping.  Before pushing me out of his nest.

I head home, keenly aware of pain and bandages across my chest one more time.  The next morning, I'm sad to see red, crusty gauze in the mirror.  I've lost count the number of times I've peeled away bloody bandages before showering.  Here was yet another.

I steel myself for the picture of funny I spotted the day before, big red circles laughing back at me.  The bandages come off easily.  There's no blood.  Just pigment, now a dull red, less menacing and I see for the first time the reasoning behind the size.  My scars are hidden behind the tattooed areola...and it all makes sense.  I feel like I've been let in on a secret.  Something all the surgeons always knew.  Tattoos are called a finishing touch for good reason.  I'm surprised.  I never expected to actually like it, but I do, more than I ever thought possible.

Adding tattoos brought about a vision I hadn't seen in a very long time and I'm buying into it.  I'll take it.  I like looking at what's been created, reconstructed out of nothing.  Just some stretched muscle, skin, silicone implants and now, peachy pigment.

I have to say, nipple reconstruction and areola tattoos are a very personal choice.  I understand when enough is enough and why some women choose not to move forward.  It had not been an easy decision for me and it took quite a while to get there, but, I'm glad I did.

I had told my surgeon before he left the room that day, I was satisfied and as I said it, I believed that was good enough.  I had gone far enough, but now, one week later, I'm more than satisfied.  I'm pleased...and it took tattoos to do that.

Who would have thought?