He smiles as he says that. 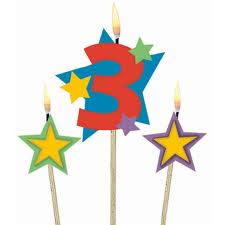 I smile too, at the idea of three years out.  Sounds like a long time, but is it cause for celebration?  Is it significant? Three years without a sign of recurrence.  Does it mean anything or should it be five years to carry some weight?

Or is it never?

Or is it simply, keep moving until you die of something else?  But, as I tend to do when half naked in front of surgeons, I keep questions to myself and let him go out the door satisfied with his assessment of things today, putting a great deal of faith in his words and that smile.

I gather my stuff and head downstairs to my oncologist's office though my appointment isn't until next week.  I like to get blood work out of the way so, if anything questionable arises, we can discuss it during the visit, rather than receive a phone call two days after.

Suddenly, I'm filled with an all too familiar apprehension.  Not two minutes ago, I left my breast surgeon after convincing me my world would keep spinning.  His smile giving me some hope about the future.  I'm thinking with reconstruction finished and my boys in school all day, maybe I can forge ahead with new endeavors.  Get a job of some sort.

I'm optimistic...for exactly the length of time it takes the elevator to carry me one floor.

For up next is the guy who looks beyond the obvious, searching for hidden signs, those invisible, imperceptible.  A tell tale rise in numbers.  The nagging ache of a mysterious new pain.  Time doesn't matter here.  Nothing is guaranteed after three years and despite the influx of positive thoughts, my cells won't be influenced by good wishes.

In the waiting room I am the youngest by far.  No one speaks to me.  No one even looks at me, ever. That's fine.  Everyone is absorbed in their own moment.  Their reality.  Still, every now and then in this room, I'd like someone to acknowledge my existence.  I'm not sure why it matters, but it does.  I'm one of them.

When I walk in the lab, a lady who looks to be in her 70's is sitting in one of the two chairs.  Even here, no patient has ever spoken to me, but she's different.  She teases the nurse that my veins are probably a piece of cake.  But, this nurse knows better.  She's traveled to my land of nonexistent veins before.  She crosses herself and hopes.

The three of us joke about other nurses turning away at the sight of me.  It's possible to have laughter in this room.

I'm drawn to the lady's prominent, ropey veins and wish for a moment I had those, but then I don't.  Her veins, her life.  We are who we are. 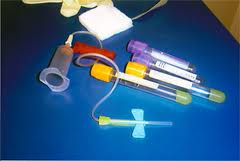 I squeeze a ball, as the nurse rubs and taps my hand over and over trying her best to coax the elusive vein. The older lady watches with interest then glances up. There's understanding in her face, a show of sympathy and she smiles.

I turn away then, at the pinch.  I can't bear to watch the tube fill...or not, if my blood refuses to flow, dreading a second jab.

I think of all the times I've sat in this room or others as a nurse or anesthesiologist relentlessly tries to insert a needle, and how often I was alone.  Someone may have been waiting in an outer room, but never by my side.

And never, ever, a sweet lady, old enough to be my mother.

But what if there was?  Someone who knew cancer up close and personal.  Someone who hated I was here, but smiled anyway and without words, told me everything would be okay.

I was startled by the rush of emotion.  Surprised a sudden connection with a stranger touched on something I apparently needed, something lost when my mother, the older woman in my life, was taken from me.

Though this lady and I had never laid eyes on each other before, we shared a common enemy.  She turned away from her own problems and looked at me like I mattered.  As I would to my mother if she were sitting there.

No doubt I was reading too much into this.

But maybe I just needed to believe if someone who'd lived longer and seen more, could still smile in that room among the needles, things would work out.  How could I not believe that?

My nurse got the vein on her first try and as the vials filled I focused on good numbers in spite of myself.  I figured a little hope couldn't hurt and for the second time that day, I thought about the smile someone cared to give me.

Maybe they know something I don't and sometimes faith can be found in the strangest places.  I just hope it carries over to my next appointment.