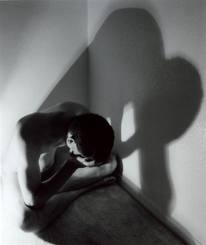 I've been waking late at night to greet a returning visitor.

Hello, You that Shall not be Named, (stealing from Harry Potter).  The fear you inspire so powerful just saying your name might actually conjure you into existence.

So, I won't say it.  As, in the book, I don't want that dark spirit entering the room.  I don't want it finding me again...and just maybe if I don't face it, it won't see me.

But, I don't really believe that.

I've been trying to give up sulking, focusing less on breast cancer and more on life. There's not much to complain about in the big scheme of things, but lately, I'm haunted.

My friend, Debbie, wrote a guest post for me last September, Playing the Cancer Card and said her friend's younger sister had breast cancer.  Turns out, she wasn't young enough not to die from it.  She was just 48.  The exact age I will be in 18 days. She leaves behind her husband and 13 year old twin girls.

When I was diagnosed nearly three years ago, my husband turned to a co-worker with breast cancer for advice.  He is at her memorial service today.

I can't say I'm angry, as I have so often been.  These days I'm sad and overwhelmed by our new losses.  Which keep piling up, in what seems to me, epidemic numbers.

More women who do everything they're supposed to do.  Have surgery, endure treatment after treatment, make their way through each day with their wigs and their scarves, and their implants, and their Tamoxifen, carrying a small shred of hope deep down that something, somehow will make the difference.  That they will be the ones to beat the odds...but they don't and if they can't, how can I expect anything else?

Walls seem to be closing in.  Cancer all around.

The same small flicker of hope lives in me.  It's the one I call on late at night to ward off the impending visitor, to push away the question...Has it come?  A cold sweat breaks because I know next time, as with those ladies before me, there is no escape. 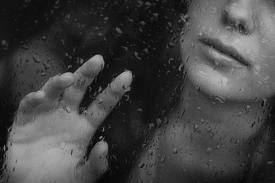 I've been diagnosed once already... I can't turn back the clock to a time before cancer cells invaded my body, to a time when the news might be good...not again.

Once diagnosed, in that one instant, we're changed forever.  Even with no evidence of disease (NED), recurrence lies waiting, taunting me, and nothing I do will scare it away.

I can only hope for the best and know there will be moments of failure on my part, weakness in the face of something sugary, or lured by the call of a comfy couch rather than a treadmill, but it is still my life and this is its path.

I can follow it ready to embrace all that's good or waste these days worrying about something yet to come.

I can choose to learn from these women.

These mothers, wives, sisters, and daughters who wanted to live just the same, just as much and be happy I'm still here to do it.