Day one of my journey with Dad.  I've been pondering some serious thoughts about this trip, but before sharing that, here's an honest account of our first day together.  This may provide some insight into future posts.

The day seemed ominous early.  My oldest son threw up all over himself and the back seat just as we arrived at the departure terminal to be dropped off.  I felt badly leaving my husband and sons then, afraid things were getting off on the wrong foot, but tried to remain positive as we said goodbye and headed inside the airport.

Right from the start, I sensed trouble.  While waiting on the security line my father informs me he doesn't have to remove his shoes like EVERYONE else since he's over 75.

"Really, Dad, and you know this for a fact?  Just do what they tell you to do!"

Oh, wait, you didn't hear me because now you're informing the TSA agent he should accept your veterans card as proof of identification, but since he won't, you proceed to take out the fattest wallet in all of North America and dig for your driver's license.  No problem.  No one else is waiting.

As you can imagine, the "discussion" with the next agent about his shoes didn't take long.  No one was buying his theory on senior citizens...His shoes came off. 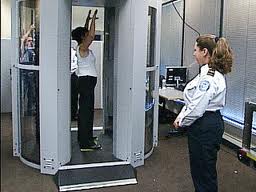 At this point, it's my turn to go through the scanner.  I've flown since getting implants, but this was the first full body scan I'd seen.  The one Nancy's Point mentions where you need to raise your arms.  Thoughts of Nancy and Ann Marie and their TSA troubles come with me as I brave the scanner and only briefly panic that I would be called to the side for something suspicious that was really just reconstruction.

I couldn't allow more than a brief moment of worry, though.  I had to find my father.  He was still behind me somewhere unloading his pockets.  Thankfully, his pocketknife was not among the collection of coins and keys in his tray.

After that, we were done.  Amazingly, we'd made it through security without further mishaps.  The thing about removing his suspenders didn't happen until the return trip.

Moving on, our gate, of course, was the one time forgot.  The furthest away from where we stood.  Thankfully, Dad's carry on luggage which he insisted on taking despite not having wheels isn't too heavy and I can place it on my wheelie one when he starts slowing down, which is pretty soon.  It's been a long day so far.  Only another 3,000 miles and a drive to the hotel left to go. 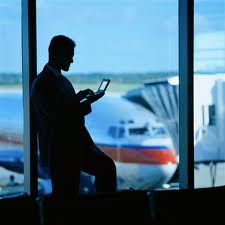 Finally, waiting at the gate.  What could go wrong here?  I start checking my phone for email and tweets and only then do I realize my father is loudly commenting on everyone's use of phones and laptops.  Why does he care?  I'm right next him to doing the same, which is what I'm telling him when a lady sitting two seats away starts yelling at him that she has to make phone calls, needs to check in with someone...

Umm, okay.  I turn to her and try to explain he didn't mean her specifically.  I can't believe I'm stopping a fight between my dad and some stranger in the airport about cell phone use.  Here's where I dig deep and remind myself this is supposed to be fun!  A great opportunity to travel with my dad.

Right.  Moving on.  Time to board.

We find our seats on the plane, thankfully, away from the angry, cell phone woman.  Dad is finally belted into his window seat.  I, in the middle and a very nice, blissfully unaware lady on the aisle.

A bad feeling settles in when we're still parked at the gate twenty minutes past departure time.  Please, no problems, please.  But, as we know, just because we say please, doesn't mean we get what we want.

Turns out, the co-pilot never showed up for work.

Yes, it's true.  He didn't show and apparently this was a surprise to everyone involved since a replacement wasn't called until the last possible moment.  A commercial airplane can't fly without a co-pilot, but not to worry, he was on his way and expected to arrive in...two hours.

Everybody off the plane. 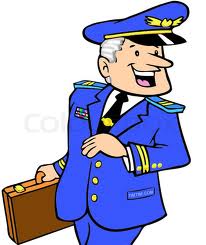 I got Dad out of his seat and walked ahead of him. Past the pilot, standing in the doorway getting his head handed to him by an angry passenger about to miss his connection to Hawaii, when I turned to say something to Dad, who was suddenly no longer next to me.

I looked back to see my father standing with the pilot. He's laughing.  The pilot is not.  Oh no, again!  Get off the plane, Dad!

When he does, he said he was telling the pilot he'd stand in for the co-pilot.  That's nice. Just what the pilot wants to hear and before anyone asks... No, my father does not know how to fly planes or is the least bit qualified to sit up front with the pilot.

Two hours and one yogurt smoothie later, we're back on the plane.  We make up an hour in the air and only arrive one hour late.  After that, a $50 rush hour cab ride to our hotel, which...well, you can guess how that went over.  Not a good start, but then!  We walk to our rooms, and like our gate at the airport are as far from the elevator as one could possibly get.  It was really far, but, it's okay, I have a wheelie suitcase which carries his non-wheelie...