It's impossible to forget - no matter how I try to stash it behind me.  Staying in the past is just not cancer's thing.  Paranoia and upcoming appointments push it from the shadows. I accept that.  It comes with the territory.  I get it, but what I'm discovering a lot lately is unexpected reminders.

Reminders I don't see coming.  Those that hit like a stomach punch bringing up memories I'd rather not recall and thoughts, I'd rather escape.

I'm learning television and movies love nothing more than a sad storyline and what's more tragic than a mother with cancer?  Like last night's episode of Mad Men.  If you're a fan and haven't seen it yet, beware, spoiler alert. 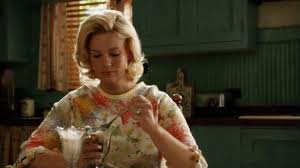 We see Betty, Don's ex-wife and mother of his three young children looking a bit heavy.  Still gorgeous, just carrying a few extra pounds.  This is attributed to real life pregnancy, but since she's not with child in the plot, the writers choose to put her through a cancer scare.

I didn't see that coming.

She gets sent for a biopsy where she runs into an old friend with cancer, we assume. The word is never said, but she's there for radiation treatment.  They speak of what it's like for this woman, this mother.  How she feels she's sinking into the ocean, alone, then suddenly remembers something her family needs, some housework, everyday stuff, but the underlying, accepted, message of the conversation is she'll die.

Don's new wife starts talking about taking in his kids, but he cuts her off.  Later, he admits he can't imagine his children without their mother.

Lines of dialogue that hit extremely close to home.

My husband and I watch together in the quiet of our bedroom.  The air thick with words unspoken.  No need to say anything.  Our thoughts are coming to life on the screen.

Then Betty receives her call...benign.  Her new husband said he felt he'd been given a gift after imagining the worst.  All the what might have beens and is relieved everything is fine.

Life as they know it will go on.

It sure makes for compelling television, but had I known, I might have chosen not to watch.  Like if I'd known the outcome that day nearly three years ago -- maybe I wouldn't have answered my phone, believing in a better ending. 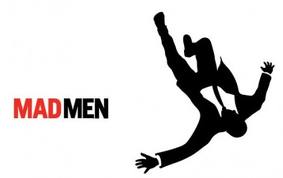 We didn't get a call like Betty's.  Ours, went another way, produced a different script. We get to live with the fear of children growing up without their mother, a husband losing his wife.

There was no choice for me that day.  I picked up the phone and heard the words, "You have...".

From that point words didn't matter.  Everything had changed.

I'm not sure there's a way to avoid this literally phenomenon of tragic illness.  It's prevalent because it's relatable, emotional.  It doesn't matter whether it's someone else's story, in some fictional life.  Even so, it touches me.  Looking away or turning it off doesn't change my reality.  My story remains the same and sometimes, I don't want to see it played out on television or reminded of it when I least expect it.


How do you feel about TV shows and movies showing women, mothers especially, with cancer?  Can you watch?
Posted by Stacey at 5:58 PM