I'm supposed to write today.  I was supposed to write yesterday and the day before, but I'm not finding the words and my mind keeps drifting off to other things.  Like the bread I have rising in the kitchen.  Another 30 minutes and I can stick it in the oven. 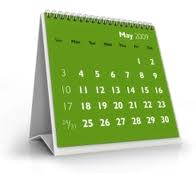 But, how can I write about that on this day in May?

The beautiful month of May, normally treasured for my birthday, my oldest son's birthday and my little guy's adoption day anniversary, now marred by the memory of a phone call on a rainy May 1st, three years ago.

The phone call that lead me down a path I never wanted to wander, taking me right up to this very moment, to this very page on a blog I never could have imagined.

What am I supposed to say about that day?  I've written about it before, wrote about getting that call.  Where I was, what I did then, but now...I've got nothing.  The passage of time hasn't unveiled any clever insight. There isn't any great reflection spilling forth making sense of the whole mess.  Making it acceptable or okay, because it's not and never will be, not for me or anyone whose life is invaded by cancer.

If I could choose, I'd push it behind me and never look back, but the memories come.

I don't know what kind of person I'd have to be to escape thoughts of a very typical day, overflowing with plans of raising children, ideas of growing old with my husband or simply savoring a cup of coffee and seeing it all shattered by a moment on the wrong end of a telephone call.  All that..good stuff... scattering away to the fringe of normal life, leaving only room for the everyday, all consuming one cancer has just dumped on me.

How does one not think about that?

If it's possible to forget, I wish someone would tell me how.

Still, three years later, May 1st is just another day and my little guy had to go the dentist.  He had a cavity and though he's only five, this is not his first. 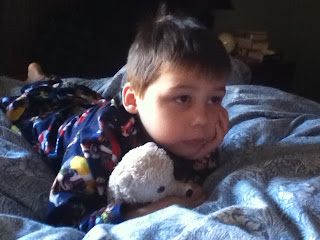 My little boy, it's always something.  His early days were constant sinus and ear infections requiring surgery at three to remove his tonsils and adenoids.  At one, he nearly broke his nose falling, carrying a small scar across the bridge of his nose to this day.  Two weeks ago, he had his front tooth knocked out in an unfortunate school incident and over the years he's had four cavities, despite having the same dental hygiene habits as his brother, but that boy, my older son shines on...skipping through life with a smile and a wave, unfazed, untouched by the troubles heaped on his brother, never slowing for anyone or anything.

It's my young one that falters and pushes on and this day, amidst my memories, I watch him soldier through another filling while clutching his stuffed polar bear.  Halfway through, when finally overwhelmed by the noise and the voices and the trappings of dentistry in his mouth, his eyes filled and his little hand raised as if to say, enough, and my heart broke.  I would have given anything to take his place, sit in that chair for him, have the dentist drill my tooth instead.  I could handle it.  I know how it feels to sit and endure until someone says I'm done.

If only I could do that for him.  Take away the dentist, wipe out the years of painful ear infections, wish away his continuing struggles to matter in the eyes of his big brother.  Take away the pain of disappointments yet to come on the playground, in his backyard, in his life, but I can't, just as I couldn't do it for myself that day three years ago.

My little one needs to find something within himself.  I could only sit near touching his leg, letting him know he wasn't alone and when I thought he couldn't take another minute in that chair, he amazed me with his perseverence.

He did it.  All done.  Off he went to claim his prize from the dentist's reward bucket.

Maybe, that's how I should see May 1st from now on, not for what it took from me, or dumped on me.  Maybe there is no lesson here.  It was just a day I got crappy news and like my little guy, I needed to stick in the chair until the hard part was over.