If you had the chance to change your fate, would you?

That question came at me recently while sitting with my boys in a theater watching a trailer for the movie, "Brave."  The main character, a young girl named Merida, asks that very question as the film fades to black leaving the opening date looming large on the screen. 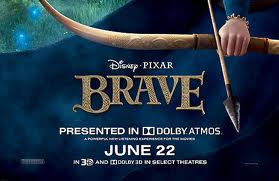 Just as it looms large in my brain.  The date of my bilateral mastectomy, three years ago.

Did I change my fate on that day?

I suppose I tried to.  The decision to have a bilateral mastectomy was mine. The idea...mine.  It was not the first suggestion of any surgeon since the only evidence of cancer was small and contained.  Lumpectomy was the preferred procedure.

Breast Preservation was a term I learned then and heard quite often in those early diagnosis days.  As if saving breasts were the point here, the ultimate goal.  As if just cutting out the cancer as carefully, neatly and least intrusively as possible was the mission and perhaps, for some, it is.  I remember sitting with the first surgeon I consulted thinking I was missing something because although saving breasts are intrinsically tied to saving a life for some, it wasn't for me.

I think here's where perspective comes in.  I had just seen too much.  Knew too many people who had died.  People who were declared fine for many years, only to… Well you know.  I'm actually tired of writing it.  The same old story.  The cancer came back.  So in my mind, as I sat being told survival rates for those with mastectomy versus lumpectomy were basically the same, I knew I couldn't do it.

Accepting that decision was another matter.  Acceptance did not come easily.


I was reminded of Robert Frost's poem, The Road Not Taken.

Two roads diverged in a yellow wood,
And sorry I could not travel both

Every person, every diagnosis of breast cancer is unique.  No two circumstances are ever the same and neither are the ways of approaching, dealing and living with this disease.  No one is right or wrong.  Each moment is personal and for me...I knew I couldn't walk away after a lumpectomy and weeks of radiation feeling positive about my outcome, in spite of comparable statistics.  I knew I'd question my choice everyday, worry I hadn't done enough, harbor regret.

In the end, I guess it mattered more for the peace of mind it granted me, rather than better odds.  I believe I had done all I could to stave off recurrence, knowing full well, neither method was guaranteed, but now I wouldn't second guess myself and that...was everything.

Did I change my fate that day?

Who knows?  But, three years later to the day I was far away from that time, that moment, even the place where it all happened.

Here, looking out at the sea and my boys, whom I've had the pleasure of watching grow three years older. 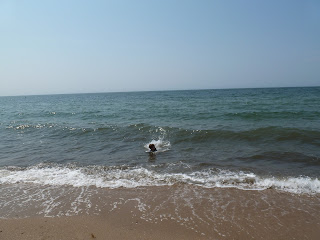 It's a good start, despite the difficulties of reconstruction and regardless of what may come, I believe in my decision and the path I started on that day.

Did you struggle with surgery options?